When we want to run a programs as root we use sudo, gksu, gksudo and etc. Now my question is how do we can run a Terminal as the root user in Terminal?

I tried with using gksudo terminal and gksu terminal but nothing happens. and by running sudo terminal I get error sudo: terminal: command not found.

The default terminal emulator on Ubuntu is the GNOME Terminal. It’s located at /usr/bin/gnome-terminal and can be run with the gnome-terminal command.

What You Really Want

What you probably want is a shell running as root, as though it were produced from a root login (for example, with all the environment variables set for root rather than for your user).

Assuming that’s what you want, as steeldriver has suggested, just run:

You’ll have a root shell in which commands you enter will be run as root (without having to precede them with sudo).

But if you really want to run the graphical terminal emulator application as root, read on. I present two ways: with gksu/gksdo, and with the sudo command.

Since you have the gksu

package installed, you can run gnome-terminal as root with either of:

(Since gksu is set to sudo-mode in Ubuntu by default, these should be equivalent.)

Running gnome-terminal as root without a controlling non-root terminal:

Virtually every desktop environment provides a facility to run a command without having to open a terminal (which would then, if closed, usually cause the command to be terminated).

This is usually achieved with Alt+F2. A textbox labeled Run command (or similar) will appear and you can enter your command. 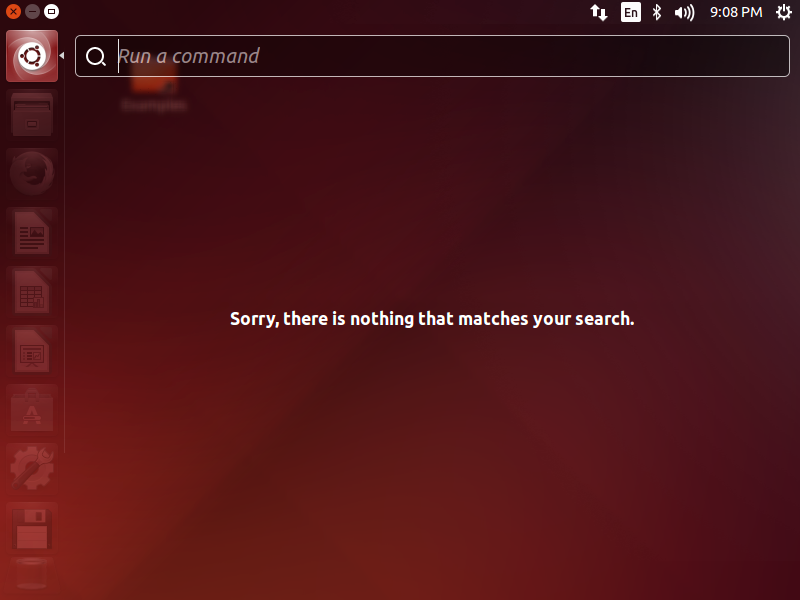 And like this in MATE (GNOME Flashback/Fallback, Xfce, LXDE are similar):

Note that this works with gksu and gksudo because they use a graphical authentication dialog. If you were to press Alt+F2 and run sudo ..., you would then be unable to interact with the password prompt.

If you don’t have the gksu package and you won’t want to install it, you can use:

The -H flag is important because it sets the HOME environment variable to /root instead of your own user’s home directory. You should not use sudo gnome-terminal as it can break the gnome-terminal configuration belonging to the non-root user. For more information about this, see:

(sudo -i gnome-terminal is also okay.)

Getting rid of the controlling non-root terminal:

This is because the root graphical terminal is sent SIGHUP when the terminal that owns it is exited.

To prevent this, you might think you could instead launch the graphical root terminal with:

But this will only work if sudo doesn’t have to prompt for a password. If it does, you won’t see the password prompt.

One way to work around this is to use:

sudo -v exists for just this purpose. As explained in man sudo, it “update[s] the user’s cached credentials, authenticating the user if necessary.”

Note that this will still not work if run directly from your desktop environment’s Alt+F2 “run command” box, because you still need a terminal to enter your password for sudo -v.

Or you can do it in what might be called the traditional way, by suspending the job after it starts:

But suppose you wanted to keep using the original, non-root terminal too. Then you could run bg N, where N is the graphical root terminal’s job number, to resume the job in the background. You can run jobs to find N but you probably won’t have to–that number was shown as [N] when you pressed Ctrl+Z. For example:

opens a terminal as root:

No need to explain that you can use this to open any terminal as root like this; like Vala (gksudo vala-terminal), Xterm (gksudo xterm), Termit (gksudo termit), UXTerm (gksudo uxterm), Konsole (gksudo konsole) and so on.

As previously stated, you ask how to run Terminal as root, but more likely you actually want to run the graphical Terminal application as your normal user, and start a root shell inside it where you are logged on as root. In this way the graphical terminal application is not granted root privileges. The previous answers don’t seem to give clear command lines to use so here’s what I use.

The ‘-e sudo -i’ tells xterm to switch to root in the session, and the colours are just to make it very obvious that it’s a root shell.

In the past I have tended to prefer xterm over Gnome Terminal because the font is small and simple, but I’m coming round to Terminal now I run high DPI big screens. Colour coding your terminals is a very good idea once you start to run different profiles with dangerous consequences to avoid accidents (e.g. local root, remote client’s machine, remote client root).

That question sounds so simple that there must be a simple solution, right?
Of course you can use gksudo or similar tools but there may be environments where you don’t want to depend on GTK. It’s confusing but a terminal is not a shell!

The terminal is that thing what shows you stuff, where the shell is the thing that has those fancy features like environment variables, conditionals and all that scripting stuff. That’s why x-terminal-emulator -e ... just expects a program to run. No scripts possible here, it just starts a new process. When a terminal starts it just knows that there’s some kind of screen showing you stuff and the input of your keyboard which pours directly in there.
A shell delivers all the logic of a script language like eg. sh, bash, ash, zsh, …!

The other important distinction is who is running the terminal and what shell is running inside it. You may run a terminal in the context of an ordinary user which runs a root shell inside of it but this has some disadvantages eg. when you start a new tab a new shell is spawned but it falls back to the privileges of an ordinary user. Your command of a ‘New shell please’ goes to the terminal and not the shell!
A disappointment when you realize that you have to enter all those sudo stuff once again for every tab you open.
Now, is there a way to open a terminal and not a shell as root without using packages like gksudo? Expecting a debian context:

Although it looks simple a lot stuff is happening here:

et voilà!
You have a terminal running as root spawned in the context of the current user. Now when you spawn a new tab it’s happening inside the root terminal instead of the user who spawned it.

Attention!
There’s is a reason why this stuff is so complicated. Keep in mind in whatever X|VNC|RDP session you are running it. It just keeps a terminal open. That’s the downside! If someone is able to capture your session (however likely it may be), root access is for free! Your decision.

There’s another way to do this, tested and working on Ubuntu 16.04 LTS:

After installation is complete, run:

This creates a desktop shortcut. You should have the option to name it. I called mine ‘X-Term’ but you can call yours pretty much whatever you want. Type in /usr/bin/gksu* for the ‘Command’ path.

When you launch your new desktop shortcut you will be prompted for an application to run. Type in: xterm.

You will now be prompted for your password; once you enter it you’ll have access to a working root terminal. Remember to use only when absolutely necessary and close down when you’re finished with it.

*assuming you installed Ubuntu with default settings and haven’t changed any of the file-systems significantly since installation.

Go to keyboard shortcuts, add a command like this:

I had put Super + T as shortcut.

Now everytime that you wanna open a terminal as root, just type you shortcut

I hope it may help someone in the future

You can start an interactive shell with:

For more information do:

and read the -s --shell section.

Changing Ownership: "Operation not permitted" – even as root!