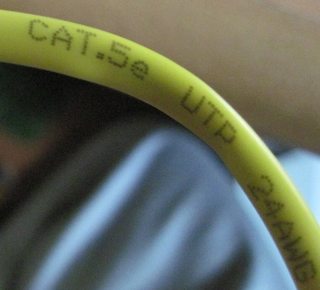 But looking at the plug end has me rather dubious about it. 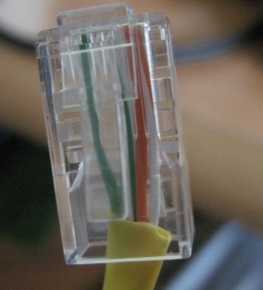 (There’s only 4 strands there, not the standard 8 – and missing pins, so I suspect these cables are designed to do so. The wire jacket is also surprisingly loose). 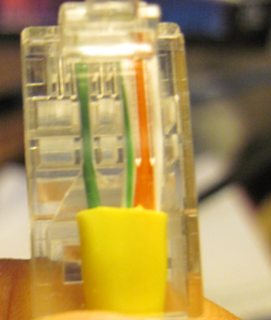 I figured the cable was crap so I cut into it – some of you were wondering if they had merely left out the additional pairs – and the answer is no – its basically half a cat 5 cable. 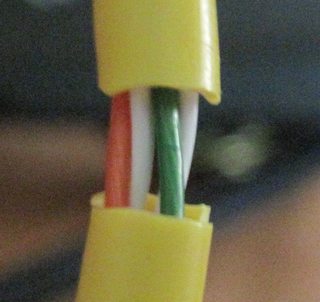 I’m currently using it for some legacy equipment that runs on fast ethernet and the plug it came with and it seems to work. However, I’m curious – what’re the downsides of such a cable? What do I need to look out for? In what situations would this cat-5 cable be unsuitable for use in anything other than a ethernet cat o’nine tails? 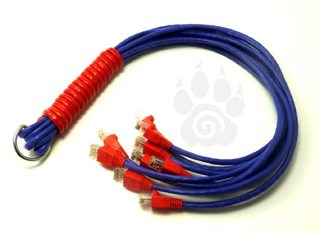 Standard 100 base ethernet only uses two pairs so this works… what is a little worrisome is it appears someone did it on the cheap and saved a couple of cents by omitting the other pairs. That said, 1000 base ethernet may use all four pairs and this cable can’t handle that.

I ended up doing some tests myself, and the results were… frankly appalling.

TLDR: Throw out the cable.

Now on to some science.

I tested this by connecting two systems to the same switch, and swapping out the cable on one of them. I also used the free version of LAN Speed Test to do some ‘quick’ performance testing. I’m running the test from my laptop to a share on a 3tb 7200 rpm drive on my desktop. I’m testing the cables at this point, not overall bandwidth, under conditions reasonably similar to real-world situations for me.

I was thinking of doing a direct system to system speed test as well, without the bridge, but looking at my results, that would be a clear waste of time.

Let’s start off with the most obvious things. 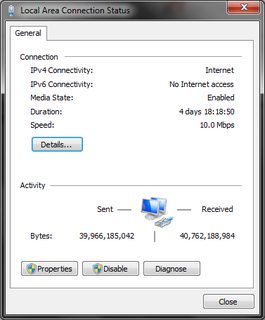 The 4 stranded cable isn’t capable of gigabit ethernet (no surprise there). In fact, it can’t even do fast ethernet.

The speed test took a while to complete… in fact, I had dinner in the time it was running and the total time was about 2 hours to write and about as long to read. 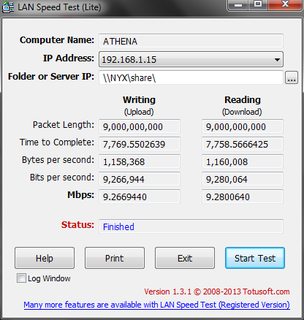 It’s pretty close to plain vanilla 10baseTX speeds by the looks of things.

Less obviously? No IPV6. I have no idea what’s with that. I’ve had enough oddness with legacy gear that I’m not even going to touch on this.

I actually tested 2 random ‘to spec’ cat5 cables from my spares bin. Both have UL marks, and had similar enough performance that I’m only going to post one set of results. These detect as ‘proper’ gig-e cables. Both were freebies from routers, so it’s not like I’m comparing apples and oranges. 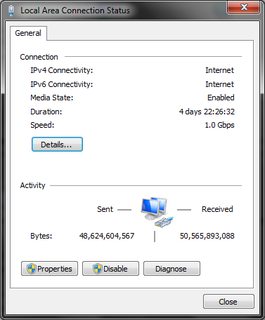 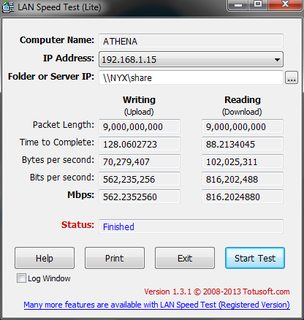 Yes, that’s about 200 seconds total vs about 4 hours. And Ipv6 works perfectly.

Even with the devices it came with – which could easily reach up to 80-100Mbps, the cable might have fallen short. It’s clearly not cat 5 e as labelled, and in my specific use, it’s clearly unacceptably slow. If I wasn’t planning on documenting this, I’d probably have stopped the test for the other cable sooner.

Most of the time, these cables still include the other 2 pairs in the cable itself, but they don’t crimp them. So you can make them real Ethernet cables with the proper tools.

I assume they do this so they can sell “Gigabit” Ethernet cables at a higher price.

Cat5 is a standard defining the physical layout and type of conductor not the number of conductors. Things distinctive to cat5 are things like the twist, length, and size of the conductors inside the cable.

Two pairs is all that is needed for 100mbit Ethernet. Your poor performance is probably the result of a bad crimp not that the cable is inherently bad. You can also cause bad performance by doing things like cutting the sheathing on the cable and then changing the physical orientation of the conductors. 1g+ ethernet requires all four pairs.

Cat5e is an improvement to the Cat5 standard which specifies additional testing and improved quality control. A Cat5e cable is not necessarily better than a Cat5 cable.

It’s for whatever router/modem you purchased. I have two that came with an older Netgear router. The other was to a TP link range extender.

Getting my IP address?

Is it possible to access files "shadowed" by a mount?